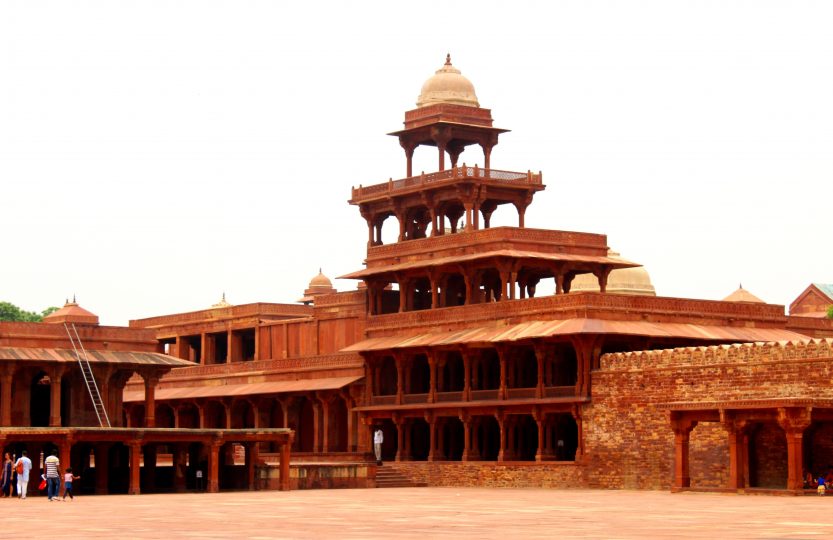 Fatehpur Sikri is world famous tourism destination situated in Uttar Pradesh of India. This holy land of Sufi Saint Sheikh Salim Chisti later noted as Mughal’s Capital is located in Uttar Pradesh- Rajasthan border. Here, the building architecture is influenced by Indo-Islamic architecture or Rajputana Architecture. It was constructed under the regime of Mughal Emperor Akbar in the year 1569 and served as the Mughal Empire Capital during 1572 to 1585. After many years of married life, Akbar had no child. Childless Akbar visited Sikri to take blessings from Saint Salim Chisti and he was blessed with e son. In gratitude, he constructed a grand Jama Masjid, palatial buildings and also decided to shift his capital from Agra to Fatehpur Sikri. His capital consists of royal palaces, harem, a mosque, private quarters, grand courts, gardens and other utility buildings. But unfortunately, due to severe water crises and political instability in North West, he shifted his capital to Lahore. Red stone Fatehpur Sikri only gets a chance to serve his emperor for 20 years of small time span. It is one of the reasons these palaces and monuments still looks very young like they built in this century only. Fatehpur Sikri is one of the best-preserved examples of Mughal architecture in India and included in UNESCO World Heritage List in the year 1986. 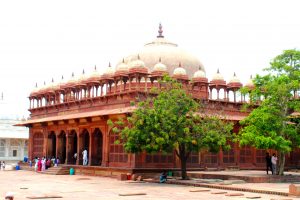 Glorious History and Heritage of Fatehpur Sikri attracted me a lot so I decided to visit it.

After having a breakfast in Gwalior took a car and reach Fatehpur Sikri in 3 hours via Agra.

The Moment I parked my car, suddenly a crowd of guides (some registered rest fake) stands surrounded and claim on as their client. Somehow I managed to run out safely from their trap. Then Wait for the Service Bus which took us from parking to attraction premises.

Diwan-e-Aam: Diwan -e-Aam or Hall of Public Audience, is a building where the Mughal Emperor Akbar meets the general public

Diwan-e-Khas: The Diwan-i-Khas or Hall of Private Audience, is a plain square building with four chhatris on the roof. This building is known for Din-i-Ilahi or ‘Religion of God’

Panch Mahal: A five-storied palatial structure, with the tiers, gradually diminishing in size, till the final one, which is a single large-domed chhatri.

Anoop Talao: Anoop Talao was built by Raja Anup Singh Sikarwar An ornamental pool with a central platform and four bridges leading up to it. All important buildings are surrounded by Anoop Talao. 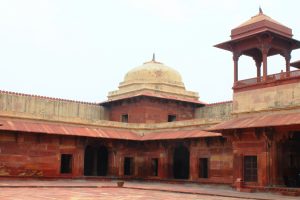 Some rare pictures of Royal Complex of Fatehpur 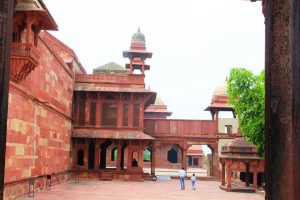 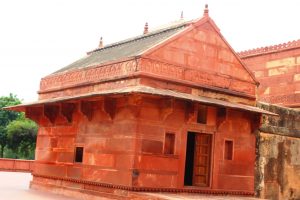 Then, moved to Sikri just beside to palatial complex

Jama Masjid: It is one of the main mosque of the town. Local people pray here on every friday. 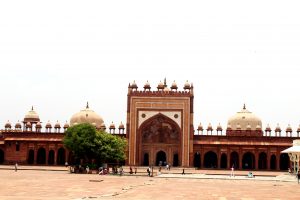 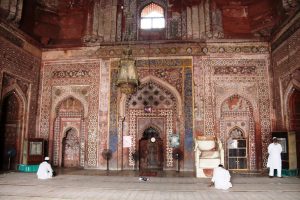 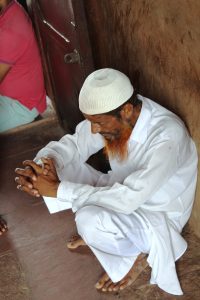 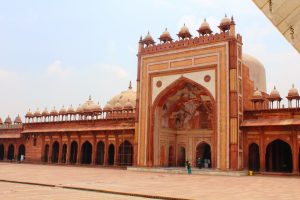 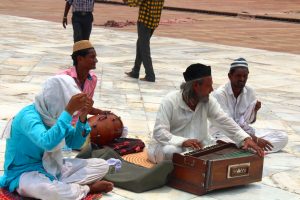 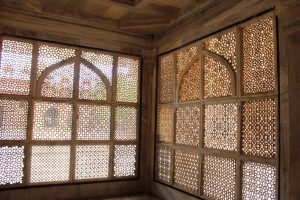 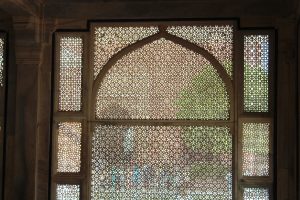 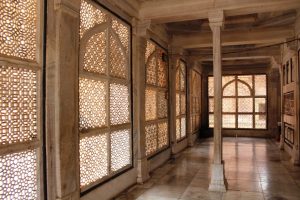 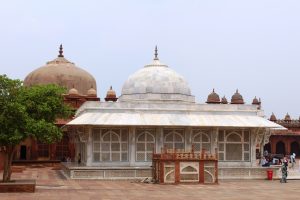 Buland Darwaza: Buland Darwaza” Gate of Magnificence”, was built in 1601 A.D. by Akbar to commemorate his victory over Gujarat.  It is the highest gateway in the world. The total height of the structure is about 54 meters from the ground level. 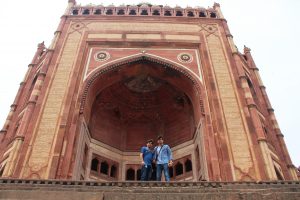 Other places are Khwabgah (house of dreams), Anup Talao, Abdar Khana, Pachisi Court, Ankh Micholi (the place where Akbar used to play hide and seek with the ladies of the harem and which later became the imperial treasury), Astrologer’s Seat, Daftar Khana, Ibadat Khana and Haram Sara. 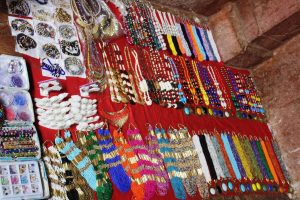 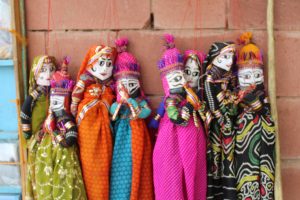 How to Reach:
Airways: Nearest Airport is Agra Airport (38 km) which is connected with few cities whereas New Delhi International Airport (230 km) is connected to all major cities of the world.
Railways:  Fatehpur Sikri also has its Railway Station but very few trains stopped. The best option is Agra (38 km) which is nearest and connected with all major cities of the country. Another near station is Bharatpur (26 km).
Roadways: Buses to neighboring cities like Agra, Bharatpur, Jaipur, Mathura, Dholpur, New Delhi, etc are easily available here. Hire a cab from New Delhi, Agra or Jaipur can also be one the good option.

Where to Stay:  All category Hotels and Resorts are available in Fatehpur Sikri.

Important: Beware of touts who try to sell fake antiques, religious materials on high prices on the name of rituals or charity. Please buy from officials shops or donate directly to Donation Box. 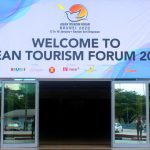 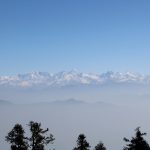 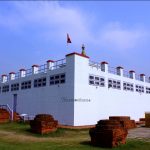 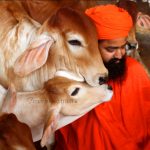 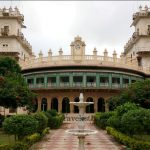